SHADY TREE FILM’s new ensemble horror film, MY SOUL TO KEEP, a cabin in the woods-style supernatural thriller is about eight college friends who have a run-in with a murderous demo was shot in upstate New York and wrapped in late March. The film is helmed by the directing team of David Allensworth and Moniere and features deaf Broadway actress Sanda Mae Frank in a leading role. The film also stars actors Craig Fogel, Aurora Heimbach, Derek Long, Jessie Jordan Tony Spitz and K

Check back soon
Once posts are published, you’ll see them here. 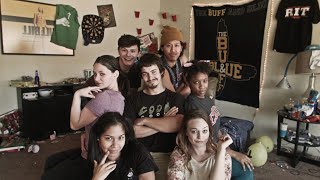